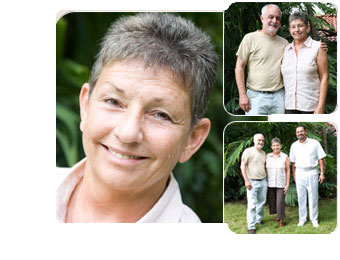 Confessions of a technology Snob

Having lived in New York City for 20 years and worked in the medical and technology fields, I was sure this was the best place to find the latest prosthetic technology. I had all the latest options, I thought, even a special prosthesis for scuba diving. So what was going to happen when I moved to the small island of Bonaire in the Dutch Caribbean? Well, for five years I maintained my techno-snob attitude and traveled back and forth to New York for repairs of my AK-prosthesis. Not fun and very expensive.

I am a below knee amputee and was first fitted with a prosthetic leg in 2008 in Florida. After 3 years I had to get a new prosthesis because of changes in my limb. This was done in Trinidad where I live. Although I was able to walk with my new prosthesis, I walked with a limp and was experiencing significant discomfort and bruising to the limb. Several attempts were made to rectify the problems in the course of time, without success.

My doctor suggested that I see another prosthetist and he recommended Mr. Thomas de Windt. I saw him at his office in Trinidad and he suggested that because of all the problems I had with my limb in getting a proper fit, I should visit his office in Curaçao for approximately 2 weeks where he would have enough time to assess the limb and be fitted with the proper prosthesis. I would also have the benefit of some physical and gait training by Mrs. De Windt, a qualified physical therapist.